COVID-19 Update The Kneehill County office is closed to the public. Service is available via phone and email. Learn more... 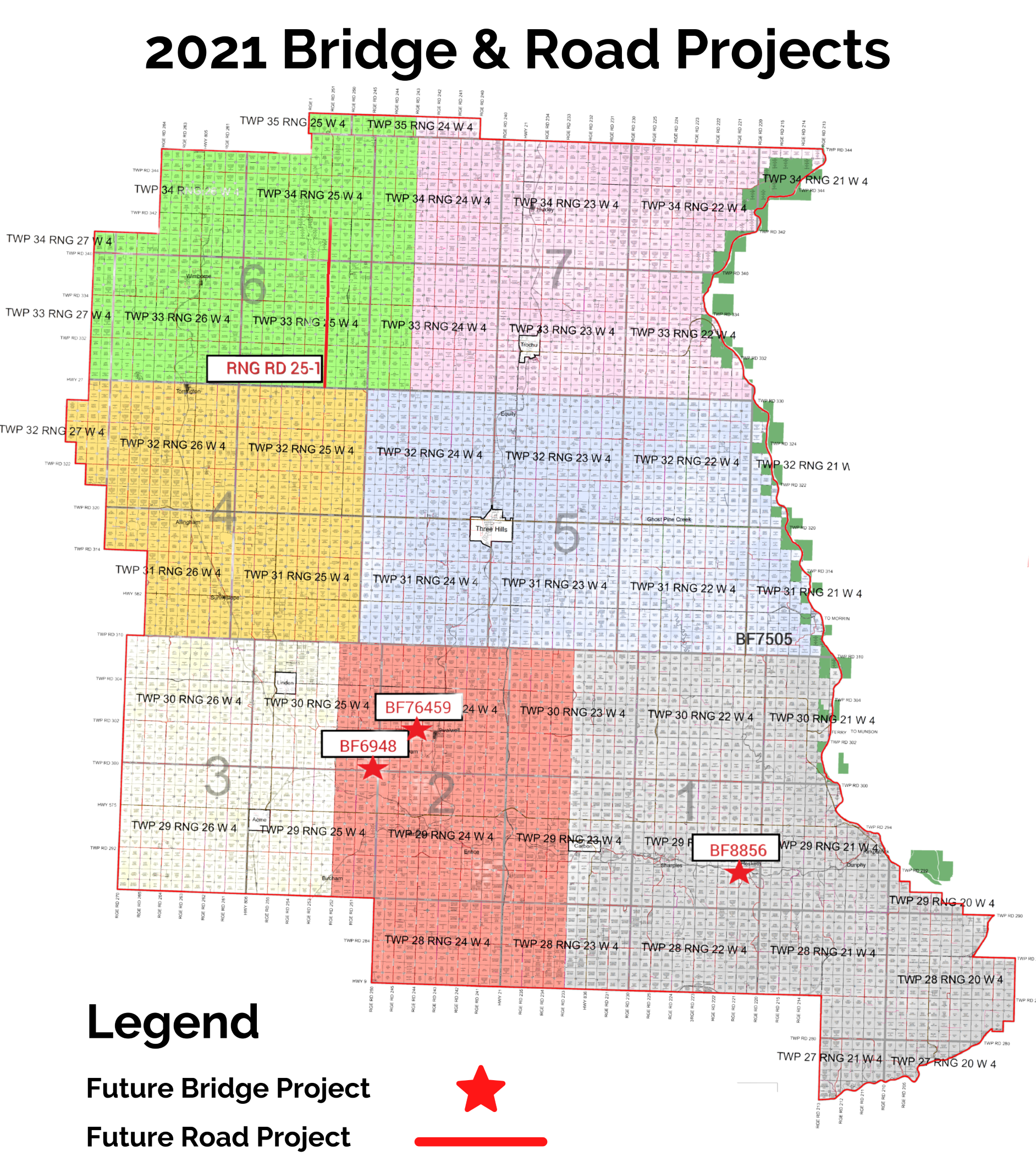 The 7-year road plan, adopted by Council in 2015, identified roadways that would take high/heavy traffic off other local roadways to form part of an arterial road network every 5-6 miles. It also took into consideration which roadways had significant rebuilds in the past and utilized the shoulder-pull program to bring back crown and positive drainage to the road top.

Approx. 12.5kms of existing chip seal will be replaced with a 100mm ACP pavement. Council was presented with 3 options to improve this road during the 2021 budget deliberations:

Council chose to apply ACP pavement due to the significant cost reduction of pavement during this downturn in the economy— the lowest price they have been in over 15 years. There are not a lot of options for thru roadways in the area between Hwy 27 and Hwy 587—west of RNG RD 25-1 there is only Hwy 806, and east of RNG RD 25-1 is limited to gravel roadways that would require full rebuilds to handle these heavy loads. At a cost estimate of $650,000/mile, x 8 miles, it would cost the County $5.2 million dollars to rebuild a gravel road, versus the cost of $2.7 million to pave RNG RD 25-1.